This woman scares me as much as I love her.

The Romance Writers of America national convention is this week. The Quill Sisters are so excited we can hardly stand it. Seriously, we’ve been bouncing around for the last month trying to contain ourselves.

Still, it’s Sunday night – we leave early Wednesday morning – and Amylynn hasn’t packed a single thing. Why is that?

Both of my children have large personalities. I think they have to in order to survive around their father and I. The girl is very dramatic, but her I understand. She’s racing into teenager-dom and nothing says drama like a 13-year-old girl. I’m certain she’ll be thrilled that I’m pointing this out on this blog. Nothing she likes more than to make an appearance here.

Good news, Sassy. This blog isn’t about you. It’s about your brother. 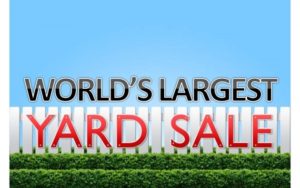 My boy is a champion martyr. No one can fall on a sword like my son. He mystifies me. More than half the time I don’t have any idea what his problem is or what has set him off, but he makes a hell of a scene.

I’m telling you, he just really likes to be miserable. This does not bode well for a happy life and I sincerely hope he grows out of this. His father and I refuse to buy into this tendency. When he gets up a good head of pathetic steam we generally ignore him.

I have no idea what his issue was the other morning. He was walking around, all hangdog. I assume his father got after him for something, but I don’t know what it was. Sassy and I went to Target to give them a random $75. While there we received a text from the Bandit.

Come to my room sale

I had no idea what this meant so I asked.

I’m having a yard sale in my room.

I do not know what he was expecting to achieve with this. Perhaps he was planning to run away and needed some traveling money? Maybe he just wanted to travel light. I don’t know. If asked he’ll say he doesn’t deserve to have this stuff. Go ahead and roll your eyes. I did.

I already paid for all that stuff once, I said.

The boy was not amused by this flippant reply so he did the texting version of hanging up on me.

When we got home, there were signs posted all over the house offering his wares: magazines, chapter books, action figures, Legos, and Matchbox cars among the rest of the stuff I’ve already paid for.

Sadly, I don’t think he earned what he was hoping. I was going to suggest that he work on his marketing. Perhaps his immediate family isn’t his target audience.

One of these days I’m going to go in there with a stack of ones and start haggling over his prices. I curious to see how that plays out.

We’d give him the chicken

It seems we’ve been AWOL – and we sorta have. We apologize. Day jobs have been sucking us dry. We feel bad. We miss you, too.

As a peach offering and a promise of more good stuff to come, we offer you this video. We think it’s one of the best we’ve seen in a long while.

The Sisters have been dying for a Bengal kitty of our own. This cinches it.

My kid just made me try some weird Oreos.

Full disclosure: I LOVE Oreos. The proper way to eat them is not to pull apart and lick the filling. Nor is it to dunk them in milk. The only acceptable way to eat Oreos and hope to get maximum cookie satisfaction is to shove the whole thing in your mouth at once, chew it up, and drink like a quarter glass of ice-cold whole milk to wash it down. That, dear Internet, is a guarantee of cookie nirvana.

Therefore, when I was approached with these three new flavors I was willing to give them a go. 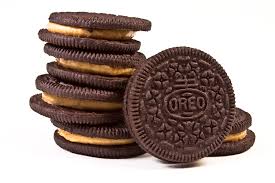 I’m telling you, if you’re given the opportunity, don’t do it.

I have no idea what kind of Satan-loving communist came up with these but they should be shunned and made to eat nothing but cookies with raisins for the rest of their lives.

You’d think a person who is willing to eat peanut butter out of the jar with a spoon would be a surefire fan of a peanut butter Oreo. You’d be wrong. Ick. 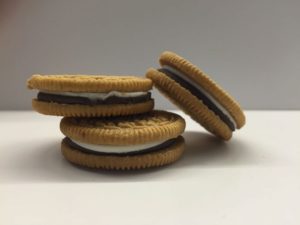 That’s the most complementary thing I can say about it. Ick.

The s’mores one was the least offensive of the three. I didn’t really get the graham cracker flavor from the wafer and the marshmallow was definitely not something I would have identified as marshmallow without being told that’s what they were going for. Just bad.

Do not put that blueberry atrocity in your mouth. Just don’t do it. Blueberry is my favorite fruit for pancakes, pie, and muffins. It seemed reasonable that I could usher cookie right into that pantheon. I could not. That cookie was awful. It wasn’t fit to feed to the dog. My dog only ate it because he’s not at all discerning. He’ll eat cat poop if given the opportunity.

I did not finish any of these “cookies”. They were bad. I had to eat two regular ones just to get the taste out of my mouth and to remind myself that regular Oreos really are very yummy.

The gas company is doing a bunch of work in our neighborhood, laying new gas lines, moving meters, etc. They’re working on our property this week moving our meter from beside the house up to the property line. They started digging the trenches this morning.

I’m sure you can imagine how our dogs are taking this. Roscoe the Idiot bloodhound has a sore throat from all the baying that was required to keep the workmen under control. Mostly the kids kept the dogs in the house, but for the little bit of time they were outside they kept the workmen company from the other side of the gate. We’re certain the laborers are grateful.

When My Honey got home the workmen came over to chat him up about their progress. They asked him what kind of dog we had. 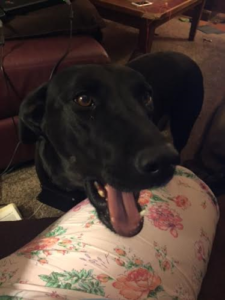 My Honey was surprised. While Winifred is a very pretty dog, it’s usually the bloodhound who gets all the attention. He’s kind of unusual. “She’s a lab mix. Maybe pit bull. Why?”

The foreman told him how she spent the day making friends and flirting with the workers. He said they were digging away and all of a sudden there was a cute black dog standing next to the trench, wagging her tail and smiling.

“We were like, isn’t that their dog?” Then she’d take off, jumping back over the wall and resume watching from the gate next to Roscoe. This happened a bunch of times, each time she’d wiggle and tease and make friends, then jump back over the wall. They were amazed at her athletic prowess.

“Man, it’s amazing how she can clear that wall like it’s nothing.”

“Yeah, we can’t even keep her in the yard.” I don’t think we could keep her in even if we raised the wall another five feet.

At one point, Winnie simply jumped up on the 5-foot wall and watched from there. They thought she was adorable/cute/crazy.

Apparently, now she has a fan club at the gas company.

Just in case you’re wondering what we’ve been up to. 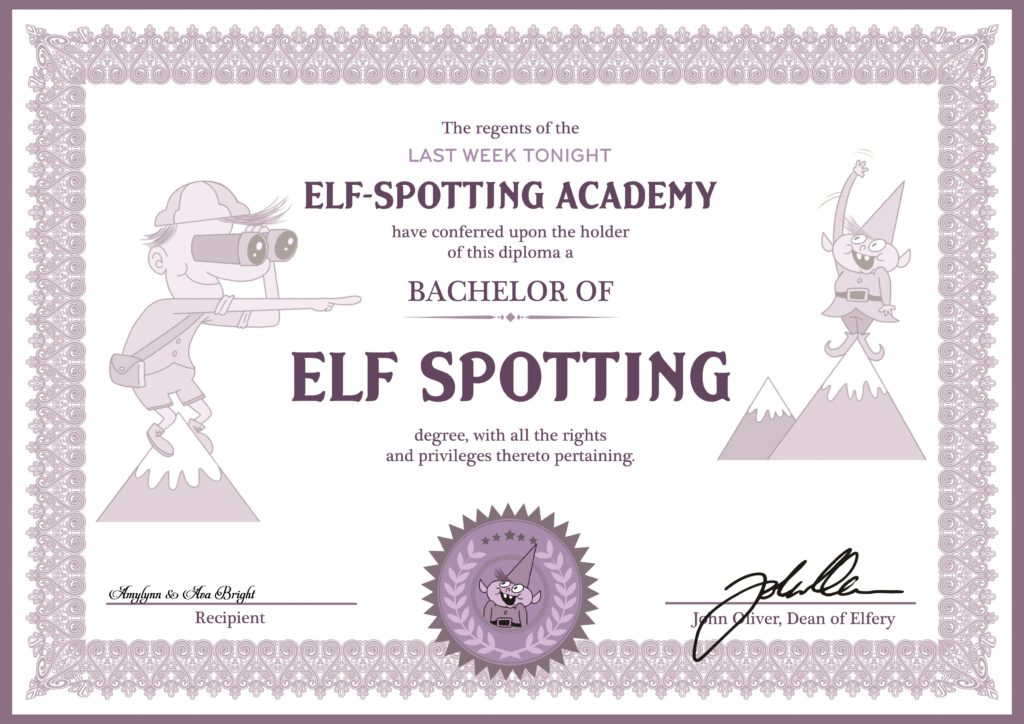 Or the ground came up and whacked her

The Sisters are clumsy people. We almost never wear heels because that’s just tempting the gods and we know those crazy Greeks love to mess with the mortals. We have many stories among us detailing this scar or that one, or times when we’ve fallen with majesty.

Like for example, last week when Ava fell down in the office parking lot giving Amylynn nightmares for a week. Of 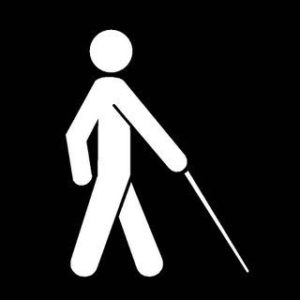 course, Ava told everyone in the office that Amy pushed her down. Ava will have to deal with her scabs – and her guilt.

Amy got her own, though, this weekend when she was attacked by a blind woman in the Costco parking lot. To be fair, the blind woman probably didn’t know she was there unless she was using her spidey sense or something. We don’t know what really happened – we may never know what super powers that woman possesses – but Amy’s wearing the marks from where the woman whipped her special cane out and sliced Amy’s upper arm.

So here’s our public service announcements – give those canes a wide berth. They’re sharp. And asphalt is very hot in the summer. 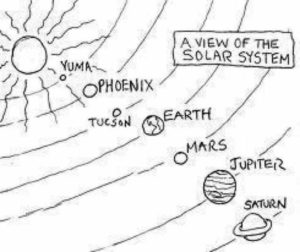 I was making silly faces at Sassy last night as we were snuggling in her bed before she went to sleep.

“You better stop that, Mom. You’re going to get wrinkles.” 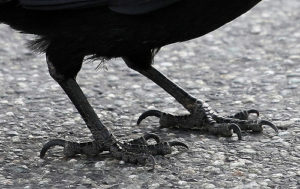 “Look, I’ve been making these faces for 47 years and all I have is a couple of wrinkles on my forehead from raising my eyebrows at you people and a few laugh lines around my eyes.”

She snorted. “They’re called crow’s-feet, and you have them.”

I glared at her in the dark. “You’re going to want some money sometime soon…”