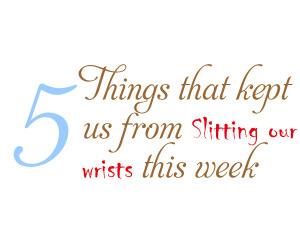 This will come as something of a shock to you – so have a seat before you go further. Comfortable? Okay, here we go. The Sisters disagree with People’s Sexiest Man Alive selection for 2013. Shocking right? Not shocking that we disagree about something – our curmudgeoness almost guarantees our being disagreeable – but shocking that we could possible disagree with their selection. After all, you say, People has selected George Clooney (agree), Bradley Cooper (we can see that) and Richard Gere (ooooh, An Officer and a Gentleman). We just can’t get behind Adam Levine. We don’t get it. Not at all. Before you send hate mail, 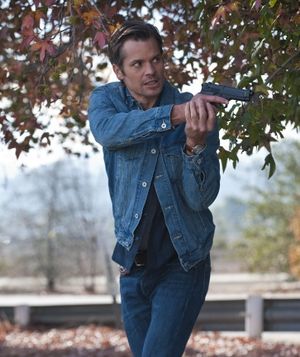 you should know, we have selected five other men and certainly you’re going to agree with us on at least one of them and probably all five. Okay, here we go . . . get ready to drool.

1. The Skinny One. If skinny is what you’re in to that’s alright with us. We prefer substantial men ourselves, but there are exceptions to prove the rule. Might we suggest a nice Timothy Olyphant? We’re like Celebrity Crush Sommeliers. We prefer him specifically in the role of Raylan Givens. This here, our friends, is what they call a tall drink of water. Raylan kicks ass, takes names, shoots all the right people, but generally screws up getting the girl. That’s not to say he hasn’t slept with them. His ex-wife describes him as the angriest man she ever met – and 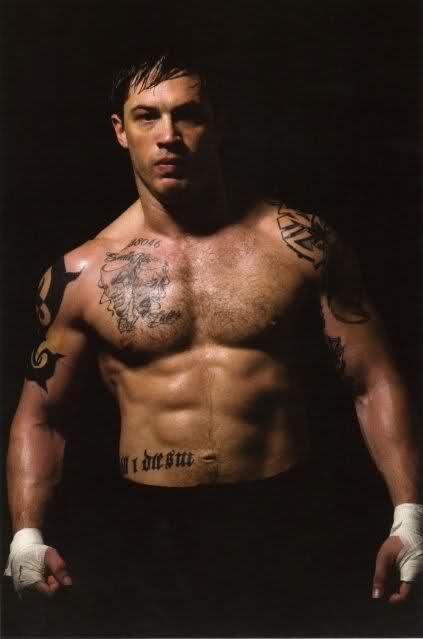 yet they continue to have an off and on affair. We don’t blame her one bit. He’s so damn charming even while he’s seething. Yummy.

2. The Tattooed One. If it’s tattoos that’s doing it for you, then Tom Hardy is your man. Also, he’s a total badass. Even as the moodiest Heathcliff ever in Wuthering Heights, he was a badass. If you need a guy that can whoop some serious butt, there’s nobody better than Tom. This particular picture is from his gig as Tommy Conlon in Warrior. This movie is astonishingly good. You think you know what you’re buying into when you start watching, but you 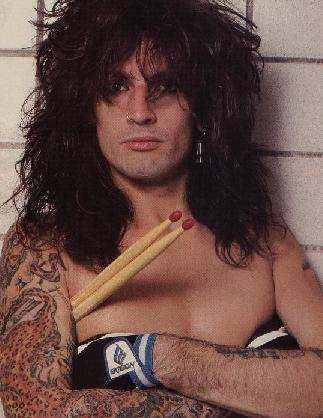 don’t. This movie, and his performance, will sneak up and smack you upside the head. AND he has his shirt off for more than half of it. Total estrogen win.

3. The Musician. Our pick here is going to totally show our age, but come along for the ride anyway. There was a long debate about chosing Springsteen, but we decided what we love him for is his poetry and not his physicality. That’s a different blog. We’re kids of the 80’s and were indoctrinated in hair metal. Even still we can’t believe we’re putting 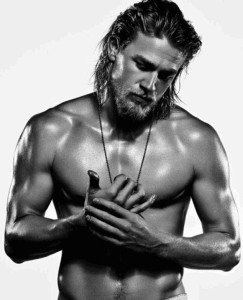 Tommy Lee on this list. NO! It’s not because of the video. You’re disgusting. There is some sort of charming quality about him and he’s one hell of a drummer.

4. The Telelvision One. Charlie Hunnam. Do we really need to go into why? Haven’t we documented quite well our love and lust for his character on Son’s of Anarchy? Honestly, we aren’t familiar with too much he’s been in. There was some talk of Nicholas Nickleby but we make a point of only watching one Charles Dickens movie a year, and that’s not 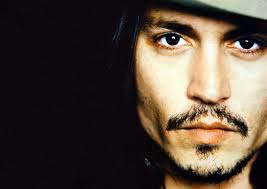 it. We only ever intended to see 50 Shades of Gray if he was in it. One of the niftiest things about Charlie is even though he plays a uber-tough biker, he speaks with a British accent in interviews. Nice juxtaposition.

5. The Movie One. Johnny Depp. You know, honestly, Johnny could be the answer to any of the categories. He’s skinny, tattooed, musical, has been on TV (21 Jump Street anyone?) and in movies. Apparently the answer is ALWAYS Johnny Depp. Speaking as your Celebrity Crush Sommelier, we can assure you that Johnny Depp is an excellent pairing with anything that rocks your world.