Part 3 of 3 in the Animal’s Goings On: It’s a miracle I came home with only one

So there we were: the Bright Family was down two pets in one week. It was heart breaking. Winnie was missing and Geddy had passed away. Our spirits were low. Ava lamented with us. It seriously sucks to lose one pet, but two IN ONE WEEK was more than a person should be expected to bear.

We looked for Winnie with constant dedication. Jojo Kitty and Roscoe the Idiot Dog sat around and looked at us with sad eyes. Sometimes there seemed to be an accusing glint to them that I couldn’t really blame them for. We were trying to keep the faith that Winnie would be found, but each day stretched into weeks and naturally we began to despair.

My Honey had a gig one Saturday night and he sent me with the children to Animal Control to do our daily investigation. I warned him that I was not an adult and could not be expected to behave myself with out supervision.

You know me pretty well, Dear Readers. Anything that happened after he made me go by myself was really his fault, don’t you think? 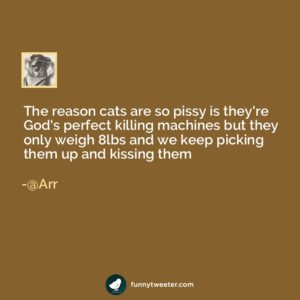 We walked by every single pen and talked to every single dog. None of them new Winnie, or if they did they were staying quiet about it.

As a lark and with no actual intent – that’s my story and I’m sticking to it – the kids and I went into the cat room.

The tiny black kitten chose us. I know you’ve heard that line before, but I’m very serious. He meowed LOUDLY and kept sticking his little leg out and grabbed our clothes. When we took him out of his cage, he purred like a motorboat. I can’t believe rumbling that loud came out of such a tiny dude. We were in love immediately.

In my defense, I did text My Honey a picture of Sassy holding him and he never said no.

So now Quentin has come to live with us. He’s named Quentin after San Quentin Prison since we got him out of kitty jail and Folsom isn’t as good a name. When we took him to the vet for his check up and vaccination follow-up, we learned that he had a tattoo on his tummy from Animal Control when he was fixed. So, yes! My kitty has a prison tat! 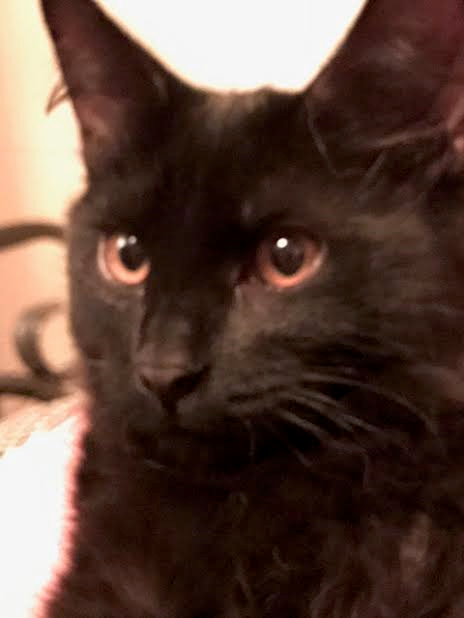 He’s completely gorgeous, absolutely all black – possibly even his soul – with golden eyes. It’s been years since we had a kitten and I forgot that they’re alternately awful and completely charming. His feet are enormous and his tail is ridiculously long – I can’t wait to see how big he gets. Already he thinks he is a panther and he weighs less than 6 lbs.

There is not one thing in this house that he hasn’t tried to kill from the 70lb hound dog to the dryer. He will destroy a bag of kitten food in mere seconds, shred it into oblivion. If you wear clothes with any dangly parts you’re taking your life into your hands. He’s vicious I tell you, except when he wants to cuddle, then you’re definitely required to use both hands. It doesn’t matter if it’s noon or 4am you’re going to need to be awake enough to pet him with both hands and if you can get a foot into the action then all the better. He’s loud and bossy and nuts.

He also has exquisitely soft fur and smells fantastic.

We call him the Velvet Menace and he’s damn near perfect.