Today is the first day of autumn. Wahooo! It was still 91 degrees here, today, at lunch time. But hey, that’s not 110. Thus we woke up this morning with hope in our hearts. This is actually going to happen. Bring on the fall! We’re just dying to put on a sweater. Or some socks. One of our favorite things about colder weather is that the cats get super cuddly. In the throes of summer, they don’t want to sit on you any more than you want them to do so. Living with cat hair is one thing. Having it stick to your sweat is another thing entirely. In a different autumnal theme, we’re not interested in pumpkin spice anything. Except maybe cheesecake. We’ll take cheesecake in any flavor. Except asparagus. That’s revolting. We haven’t tried it or anything, we’re just extrapolating from experience. 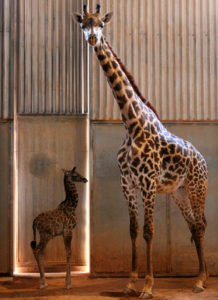 Anyway, here’s some things to make you say, HA!

1. The Phoenix Zoo baby. There’s a new tiny baby at the Phoenix Zoo. We use “tiny” in the most basic sense to illicit an appropriate “awww” from you because this baby was very, very tall. She is of course a baby giraffe and she is quite adorable even if she does have very big knees. We think giraffes are super cute, but we generally find most animals cute. The thing about giraffes is that they’re relatively safe from us since stealing one would take a serious amount of work. It’s not like you can scale the wall and tuck one in your purse – not even a really, REALLY big purse – and walk 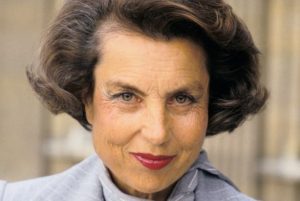 out of the zoo. We are very intrigued by that Direct TV commercial that had the miniature giraffe on it. We would get ourselves one of those for sure.

2. Madame L’Oreal. The richest woman in the world died this week. Liliane Bettencourt, the 94-year-old make-up icon passed away possessing what both Forbes and Bloomberg estimate to be 44 billion dollars in assets. How many zeros is that, you ask. 44,000.000.000. Nine. Nine zeros. While reading about her we discovered that she lost 22million to Madoff’s Ponzi scheme. That’s not even a drop in her bucket. GADS! Also, there was a massive scandal involving her being bilked out of approximately 1 billion in art, cash, insurance policies and probably anything else of value by a con man playing a very long game. Can you imagine? Being bilked out of a BILLION dollars and still being financially secure? We couldn’t get bilked out of $100 without a nervous breakdown. 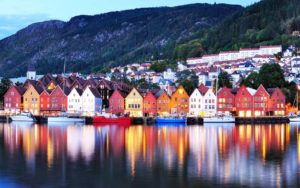 We’ve been looking for an angel investor to make our bookstore dream a reality. So – hey – heirs to the L’Oreal fortune – $5M is only a drop in your bucket when you look at the big picture. It’s only six zeros. You wouldn’t believe how grateful we’d be.

3. Speaking of massive wealth. We’ve been looking for a country to ex-patriot ourselves to. New Zealand was a contender for a long time. Hobbits have a certain appeal. Sweden was bandied about. Even Panama if we were looking for a warmer clime. However, we think we’ve landed on Norway. What pushed us over the edge was the news that the country created a “sovereign wealth fund” twenty years ago, investing oil and gas profits into a fund. This week it was revealed that this fund is now at 1TRILLION dollars. Sweet baby Odin, that’s 12 zeros. TWELVE. That’s tolv in Norwegian. We figure we’re going to need to learn the language. This fund is dedicated to making sure that the future generations of Norwegians have secure pensions when they retire. 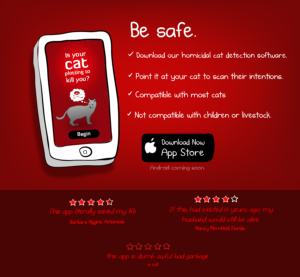 You should probably learn Norwegian, too. On another little note – according to the United Nations report, Norway is the happiest country on Earth. And Norwegian Forest Cats come from… 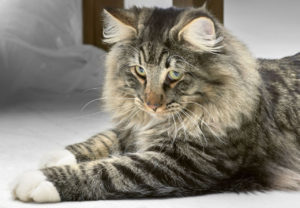 4. You’ve wondered and now you can know. We found this app created by The Oatmeal. If you’re unfamiliar, The Oatmeal is a really funny comedy blog that you need to visit immediately – after you’re done on our blog. We’re huge fans. Jojo Kitty even wears an orange collar from the Kitty Convict Project. Anyway, The Oatmeal cares about us cat owners thus this app was born. It’s a series of questions that become alarmingly clear that your cat is scarier than you thought. It turns out that Jojo Kitty has only a 64% chance that he’s trying to kill us but Quentin came up at 100%. Honestly, we’re not surprised about either of those results. Jojo is waaaay too lazy to be plotting anything. Quentin on the other hand, that cat just wants to watch the world burn. He might have learned some bad habits while 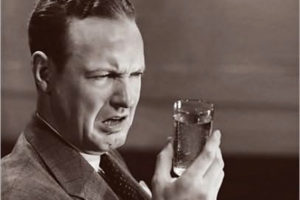 in prison. I don’t know. All we’re saying is that you should get the app and be aware. Not that we’re going to do anything about it. We’re blindly stupid when it comes to our furry children.

5. A shot in the dark. Crazy stuff always happens to the Sisters. As proof, we submit the following: Ava was shot last night by a glass bottle. Recently, she has been drinking something called Kombucha. It’s a fermented beverage that is supposed to have many health benefits. But don’t let anyone lie to you, no matter what flavor it purports to be on the label, it will taste like pickle juice. You also shouldn’t shake it. Anyhoo, Ava bought a few bottles yesterday and put them in her car after work while she went to the hair dresser. When she got home, she took the bag out of the 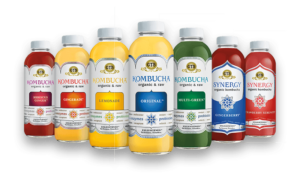 back seat and headed for the mailbox. Halfway there was an extremely loud pop, like a gun shot. It was so loud, Ava’s children and three neighbors came outside. What they found was a stunned Ava, blood and glass everywhere. One of the bottles had exploded! This story doesn’t actually sound funny, but it really is when Ava tells it.  Consider inviting her over for a coffee and an actual reenactment. Make her show you how she almost fainted.