I left my head on my desk today with my phone.  Lately I’ve been really forgetful. I must have too much on my mind or something.  I don’t have

If you're in Turin, Italy you don't have to know what this is

enough brain space for stuff like traffic laws because it’s full of crap like what hits the group Bananarama had in the ‘80s or what a velodrome is.

Ava and I went out the other day on a work errand.  I drove.  I always drive because Ava hates driving and because I’m good at it although the following story will belie that statement.

Ava was talking a mile a minute. Honestly, I don’t even remember what she was talking about. We were sitting first in line at a red light.  I was watching the opposite light so I’d know when ours was going to turn green.  I recall thinking that our side should get to go already because there was no one in sight going the perpendicular direction. I saw green and pushed down on the 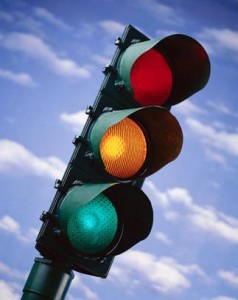 accelerator. About half way through the intersection, I realized we were all alone. Our light was still red. I realized what I’d seen turn to green was the other directional’s left turn signal.

“Oh my God,” I said, startled. “I just totally ran that red light!” Then I started laughing that nervous laugh that rapidly goes out of control.

“Oh, I didn’t even notice,” Ava said looking around at the street scene.

I floored it hoping to put some distance between us and the pack of cars I left behind so I wouldn’t have to suffer their stares of disbelief when we drove down the road together.  It was no use.  The next light turned red and I was forced to stop there and wait for all the cars to sidle up next to us and ogle the stupid woman.

I couldn’t take my own advice and glanced over at a car to the right.  Just as I suspected, the woman in that car was glaring at me in righteous indignation. Of course, that just made me laugh harder.  By now I had tears in my eyes. If a cop had pulled me over at that point to issue me the ticket I totally deserved, I still wouldn’t have been able to get control of myself.  The other driver did not find it at all amusing that I was laughing.  I don’t know what she expected from me. Perhaps the etiquette in these situations is to get out of your car and personally apologize to each and every other driver. I’m not sure if even my lying prostrate in the intersection or atoning my sins via self-flagellation would have satisfied her.

I am very sorry, co-citizens.  I was remiss and I promise to do better.

To My Honey: if this post makes you angry and worried then it is all made up.  Ava was driving. Uh huh. Yep.