We even know where to get yummy scones

So the headline read, “Prince Harry due for copter training at site in Arizona”. Of course, this peaked our interest, so

we read further. We learned that, “the prince, a captain, is training to pilot the Boeing Apache attack helicopter with the British Army Air Corps.”

“I think we should go have our picture taken with him,” Ava said. I agreed. “How fitting would that be? We write historical British novels….he’s British…It’s perfect.”  Again, I agreed.

I read further and discovered he is coming to Arizona sometime this fall.  When is “fall” exactly? It’s hard to tell here where there are no leaves to signal the change and school now starts in August. School used to start in the “fall” but, when it’s 109 degrees while you’re at school, I don’t think that can be considered fall.

“I think we should find him,” Ava continues. I nod. That seems like as much fun to plan as the kidnapping of the lion cubs from the zoo. That’s still totally on, by the way.  Keep an eye on the news – I’m certain you’ll see us. “We can be stealthy,” she suggests.

I raise my eyebrows at her with a great deal of skepticism.

“Yeah. Stealth isn’t really one of our strong points.” I tell her. Ava nods sagely. “Don’t get me wrong. I still think we should do it.”

“Right. Then we can ask him what the odds are of getting his sister-in-law to come out and visit.”

“Wouldn’t that be great?” I’m really getting into the idea now. “Or maybe just Pippa. I’d take a picture with Pippa. She seems quite nice.” 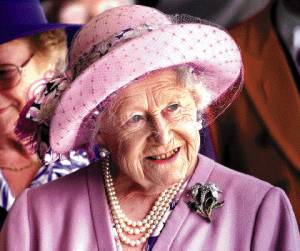 We are most definitely not snobby – snarky, bitchy, and rude but never snobby. So “yes” to Harry, Wills, Kate and Pippa. Even a “meh” to Elizabeth, although frankly, we’d rather have met the Queen Mum. You know who’s out of the question? Camilla. She can stay in England. We still haven’t gotten over that whole Diana business.