I watch them for their literary value

The Brights finally made it to see The Green Lantern. It’s no secret here at the Quill Sisters that I love superhero

movies. Ever since Christopher Reeve as Superman in 1978 I’ve been a fan. I was a ripe old age of nine years old and already I loved the genre.

Now Christopher Reeve was cute and all but that’s not where my heart lay. No, my heart was lost to Danny Zuko as played by John Travolta. I had many years of bad boys to get out of my system after that. Let’s face it, the bad boys have always been more interesting.

Now don’t go thinking, like My Honey does, that I only love superhero movies just for the super hero.  Just like hockey, there is much to be admired about the superhero genre besides the hunky lead and his form fitting suit. Not that there’s ever been anything wrong with his suit, mind you. There is a lot to be said for the archetype as well as the good truimphing over evil story arc.  Also, as a former film major, the production values are absolutely stunning.  I can’t get over how utterly fantastic the special effects have become. I am mesmerized every single time, through every single film. Secretly, I’ll admit, I’m also a fan of the sarcastic, biting, egotistical humor that fills these scripts. I love a good one liner.

And who doesn't love a big Scandinavian?

I can’t tell you how excitedI am at the prospect of the Avengers. With Thor, Iron Man, Captain American and Haweye how can it possibly fail? Oh,  Black Widow is in it, too. I certainly don’t wish to seem sexist in my praise of the 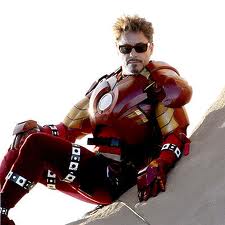 A bad boy and a super hero - oh dear

superhero. I can’t wait to see Ann Hathaway as Catwoman in the next Batman (although technically, of course, she’s a bad guy) and sooner or later, someone will make a Wonder Woman movie worthy to stand with the rest. Did you know they’re redoing Superman again, too. Oh, I’m all a twitter.

So I say all this, and spend all these words trying to convince you how much there is to love about the genre, that I must then tell you about the conversation in the car

after The Green Lantern today. It’s only fair.

“Which one was better do you think? Captain American or The Green Lantern?” the Bandit asked.

“But very different,” I point out.  Sassy doesn’t contribute much to the conversation. She’s still eating popcorn and, frankly, she couldn’t care less. If there isn’t a cute animal in the movie or a princess then, really, she’s not interested. She just came along today for the snacks. 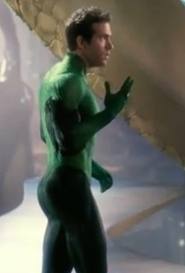 The Bandit and My Honey went on to debate the qualities of both movies while I did my own contemplating. “Well, I will say one thing,” I piped up, “The Green Lantern had a better tookus.”

“What?” The Bandit asked.

“Mom says the Green Lantern had a better butt,” his father helpfully translated.

The look the boy gave me from the back seat was equal parts disgust and derision.

Whatever – I do love me a good superhero movie.