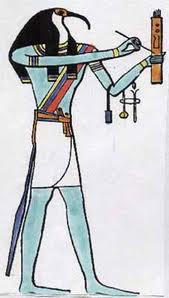 My Agent is in NYC this week. She’s pitching my series to the editors and publishers. I’m sure my project is not the only one she’s trying to drum up interest in while she’s there, but let’s pretend like it is, OK?

Knowing she’s where she is and that she will be presenting my work to the decision makers is filling me with anxiety. I’m so nauseous over the whole thing, sometimes I wonder if it’s worth it.

Part of me wants to think positively – to imagine what I’ll do with my advance money.  Another part wants to pretend that nothing unusual is going on as not to jinx it.

I can pretend – but not very well – that it doesn’t matter to me, but it totally does. Just in case my jinx theory isn’t fool proof, I think I should make offerings to all the Patron Gods of writing. I’ve done some research and I have a list. 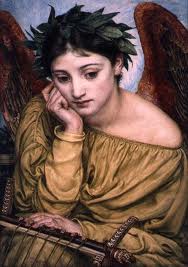 OK – so what does one use to make an offering to the gods? I don’t know any virgins who are willing to be sacrificed, even if I had the stomach for such a thing. I googled it and I got all kinds of ideas for marriage and harvest and that kind of stuff, but nothing about how to make editors offer you a three book deal.

There is all kinds of suggestions on the Internet for offerings of food, but the more I read, the dicier it gets.  The Hindu gods only accept vegetarian offerings, and even then the veggies are sketchy. The Catholics won’t accept an offering if the heathen gods are involved. No one speaks Blybos so who knows what issues they have.  One site suggests that an animal offering is required for the Greek Hermes, uh yeah, so no on that. I don’t even know where to start with the Egyptians.

Gads. When did this get so complicated?

One Response to Vegetarian cupcakes – Yumm!