We’re having winter here this week. There was actual fog this morning – something we get as rarely as snow. Any variation in the weather makes the natives of our city a little bonkers, in a good way. It’s like we all of a sudden revert to seven-years-old and we can’t concentrate on anything. Instead of working, we stare out the window and watch the rain/snow/fog as if mesmerized. This was definitely one of those weeks. When we’re made the Empresses of the World one of our first acts will be to make days like this a holiday with a mandatory dress code of pajamas and slippers. Until then, we’ll keep you entertained with some 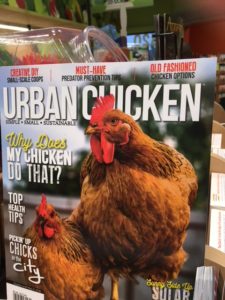 funny stuff. Five things as a matter of fact.
1. ChickenBeat. The Sisters keep tossing around getting chickens. We’re not sure why this has never actually happened, except that the idea of owning chickens is probably a lot more romantic than actually owning them. Neither one of us is especially fond of poop and we understand that chickens do a lot of that. Also, we have to yell at our kids plenty about feeding the dogs and cats. Nobody has the time to add yelling at them about chickens, too. But still, periodically we find ourselves imagining wearing some cute bedazzled overalls and feeding our sleek and stylish black chickens in their little chicken condo. Ava found this which has renewed our fantasies. Remember TigerBeat magazine when you were a preteen? Glossy photos of John Travolta and Rick Springfield for 13-year-olds to ogle. That’s basically what this is. A fan mag for chickens. Ava would have bought it too, but the damn thing

was $9.99 with is patently absurd. Still, now we’re left wondering if there was a fold-out chicken centerfold.

2. Home, home on the Enterprise. William Shatner has just signed a deal with a country music label. We’re not making that up. Did you know that he has released 8 albums already? It’s true. We don’t any of them. Our first instinct is to make fun – all the ingredients are there to craft some truly exquisite comedy, but then we thought, hey. The dude is 86-years-old. If someone gave us the opportunity to do half of the bullshit we want to try, we’d go for it. Still not buying that album though.

3. More horrifying vanity projects. Here’s something else we bet you 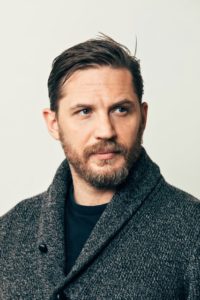 didn’t know. Tom Hardy was signed to a music label and had a rap album in 1999. We’ll bet you wish you didn’t know that now, huh? We sure do. Our fantasies involving scantily-clad Tom, buttercream frosting, and puppies keep getting interrupted by some dopey kid in too-low-slung jeans rapping about drugs and bitches.  We have no evidence to support that his rap songs go like that, but that’s only because we can’t bring ourselves to listen to them. They’re right there available on Youtube if you search for them. We did try, but we were too embarrassed to let it play longer than three seconds. Long term, this information does not dull our ardor for Mr. Hardy. We’re just going to squint in our 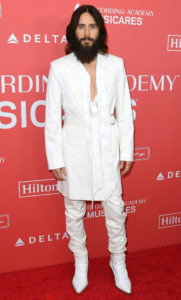 fantasies until this passes.

4. Speaking of crushes. Ava’s heart throb seems to be leading the fashion charge of men in high heels. The very pretty Jared Leto was photographed wearing some Helmut Lang boots on the red carpet a couple of weeks ago. Amylynn was unable to find out exactly how high the heel was, but they seem to be somewhere in the 2’ to 3” range. That’s good because, even has beautiful as that man is, he’s a bit short. He’s 5’9” – which the Sisters have determined is the magic height for much of Hollywood men. Seriously – look it up. Even the afore-mentioned Mr. Hardy is 5’9”. They’re also both musicians if defined loosely. Anyway, a few inches never hurt. They were nice boots. Also we discovered that Amylynn is neither mature enough nor sophisticated enough not to cackle when cruising the sites 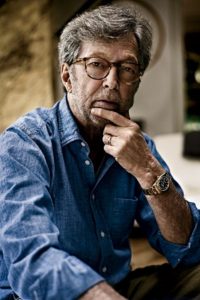 of men’s runway fashion shoots. Some of that stuff is ridiculous

5. Deep Dark Secrets. Here’s something you don’t know about Ava – she’ll watch any documentary about a music star that comes on her television. The odd part is she’ll truly watch any and all of them. She does not have to like the person/band it’s about. She’ll stay up late to do it. Go ahead, ask her about Rush.  She doesn’t like Rush (at all) but has seen two documentaries about them. Just this last week she watched Eric Clapton’s documentary and was totally disgusted by what a whiner he used to be, even though he’s one of the greatest guitarist of all time. His deep dark secret was that his sister was really his mother and it messed him up. In light of this, we guess Ava’s secret isn’t so bad.