Book 2 of the Bennett Family Series 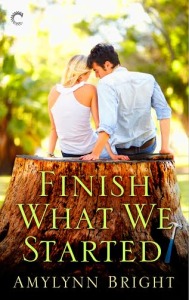 Five years ago, Lee Bennett’s whirlwind romance with Candace Claesson ended as abruptly as it had begun, and just when he needed her the most. Since then, Lee’s built a successful construction company and a satisfying, if solitary, life. When he’s hired to build Candace’s new veterinary clinic, Lee finds her as irresistible as ever—but he’s never forgiven her and he’s sure as hell not letting her break his heart again.

For years, Candace has wrestled with regret and guilt over leaving Lee. At the time, nothing was going to stop her from achieving her dreams of studying in Scotland and becoming a vet—not even young love. They’d been inseparable for six months, but anything that intense couldn’t last. Or so she thought.

Reunited in their hometown, neither Lee nor Candace can resist picking up where they left off. But with so much from the past standing between them, how they can rebuild what they started so long ago?

Book 1 of the Bennett Family Series 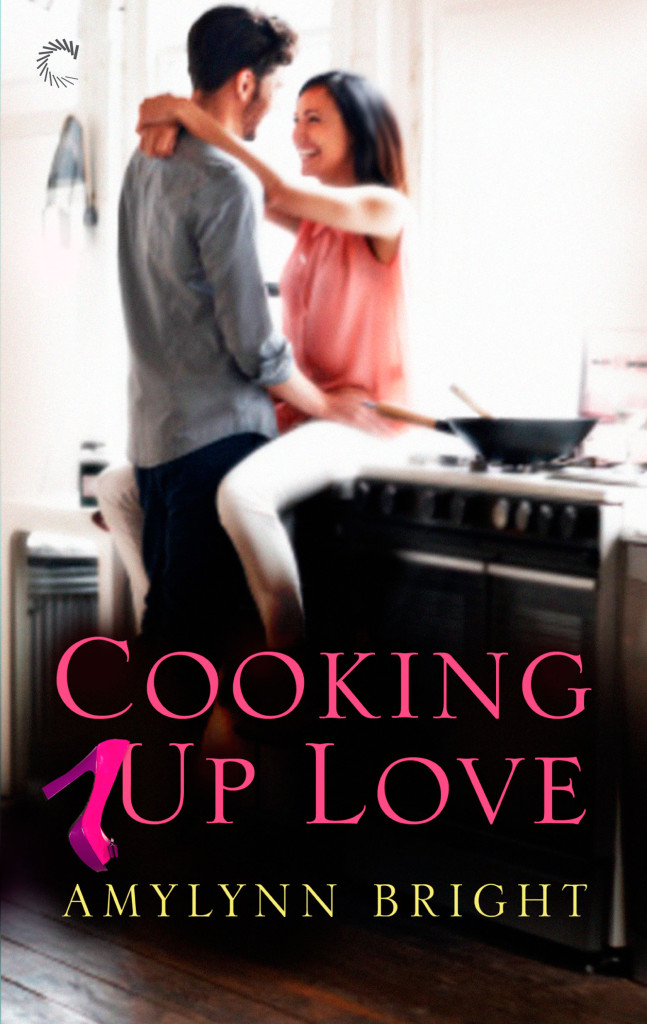 Is there anything more pathetic than a food critic who can’t cook? That’s Holly Darcy—secret socialite, wannabe author, lousy chef and “The Covert Connoisseur.” Feeling like a fraud for critiquing restaurants when she can’t boil a pot of water, Holly joins a cooking class for beginners…and quickly cooks up serious chemistry with the sexy instructor.

Mark Bennett was born to be a chef, but his foray into restaurant ownership fell far short of his dreams thanks to a scathing review from The Covert Connoisseur. Now teaching is the closest he will venture into a kitchen. Luckily the job comes with an unexpected perk: the attraction simmering between him and a curvy, clever writer with pinup-girl looks.

Flirting over pasta soon leads to passionate kisses and a sizzling relationship. But how can Holly be honest about her job when Mark blames his restaurant’s failure on her review? And when Holly’s secret is exposed, how will Mark be able to forgive her for ruining his life?

The Secrets Series – The secrets you keep can change your life forever.

Anna Sinclair is an English lady who refuses to settle—not if all her friends have love matches. When she receives notification that her father, General Sinclair, is missing and presumed dead in America shortly after the War of 1812, she knows she has nothing to lose by going to find him. In an untamed country, she’ll need to navigate the Mississippi River, miles of wilderness, earthquakes, Indians, and one absurdly attractive American sea captain.

Nathaniel Johnson is an American patriot whose only goal is to return to the country he loves with his recently located brother, a sailor impressed by the British. The money offered to escort a young English woman to the United States is too much to pass up when he’s desperately trying to save his family’s shipping empire. The beautiful lady spins a ridiculous tale about looking for her father, but Nate has powerful reasons to believe she’s a spy for the Crown.  He’ll help her on her quest, at least until he can prove her villainous intent.

Will Anna’s secret destroy his country and be his undoing? 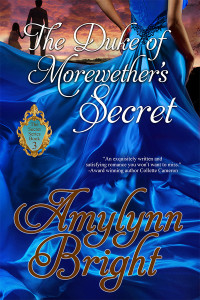 Thea Ashbrook comes to London on a mission to do right by her half-brothers — not to find a husband. Homesick for Greece, she causes an incident at a Salon lecture on Greek architecture where she is introduced to the annoyingly handsome Duke of Morewether. The gossips have told her of every deviant escapade for which he’s so famous, and she is not impressed. When she discovers that his love of family mirrors her own, she gives herself permission to open her heart to him.

Christian, Duke of Morewether, is infamous for his scandalous ways. He thinks his life lacks nothing, until he meets Miss Althea Ashbrook and, for the first time in his life, he finds himself tongue tied. When his past comes back to haunt him, it will take all his powers of persuasion to convince Thea he is worthy of her love.

The duke has a secret – one that Thea thinks she could never forgive and sends her racing for home. To find redemption and win her back, Christian must realize mistakes can’t be ignored forever. 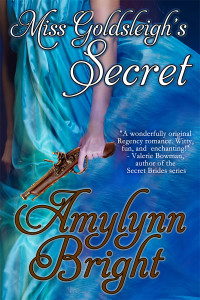 When Henry Cavendish, Marquess of Dalton, leapt to catch the fainting woman before she hit the cobblestone, he never thought that one chivalrous act would set his well ordered life on end.  His ingrained need to protect her has every bit as much to do with her enchanting beauty as it does his desire to wipe the hunted look from her startling blue eyes. He thinks he has everything in hand, but the lady has secrets that puts everything he loves at risk.

Olivia Goldsleigh just wants to live without terror, but a gunshot in the night proves things can always get worse. The beautiful and god-like Lord Dalton swears to protect her, to make the danger go away. She wants the man, the life, the family, the bliss he promises, but her secrets are certain to destroy them all.

Francesca Belling is torn between two worlds—her past infatuation with her brother’s best friend and her future obligations. She never intended to end up in the bed of her longtime crush, Thomas Wallingham, but that’s exactly where she finds herself.

Unfortunately, mail is slow during a war. She thought he knew everything. He had never suspected.

Thomas has always wanted to be a part of the Belling’s family but he was too foolish to grab the chance when she threw herself at him before. Instead, he ran off to war. Emboldened by his new-found appreciation for a grown-up Francesca, he finds that dream is within his reach.

If she thinks he’s running away this time, she has no idea what she’s in for.

When Roselyn’s ship goes down in a terrible storm she’s sure she’ll never see her fiancé again.  After she regains consciousness she finds herself on a pirate ship, Neptune’s Revenge, and in the bed of a famous pirate, Handsome Jack. Roselyn has no idea how much her heart yearns for adventure until it is thrust upon her. By the time they arrive in the pirate capital of Nassau, will her minister fiancé still want her?  Will she still want him?  Will Jack even let her go? Hopefully, a wild jail break is the only break in store for her…