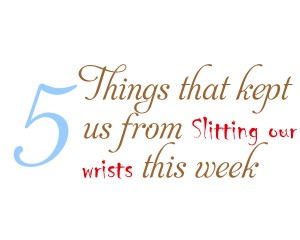 This may be the last Five Favorite Things because surely we’ll all be dead by next Friday, drowned in our own prolific snot output. Perhaps this is how the zombie apocalypse will finally come. Maybe you should divert some of that retirement money we urged you to spend on Kleenex on machetes and shotguns instead. Don’t say you haven’t been warned. Crazier things have happened. We’ll try to distract you from impending doom with these five amusing things. 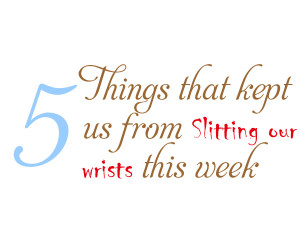 Ooooh, Friday the 13th. Don’t talk to people in hockey masks. Well, unless they’re Mike Smith from the Coyotes. He’s been rockin’ it lately. But then we don’t think Mike Smith is a serial killer. In fact, there haven’t been any NHL players proven to be serial killers. So let’s recap: Don’t talk to people in hockey masks who you suspect are serial killers. You know, we think that might be a pretty good life philosophy in general. That’s enough talk about serial killers – they’re not even a little bit funny. The following stuff, however, is funny, life affirming and generally amusing.

1. Willie Nelson. It has come to our attention that Willie owns a house in our town. Apparently, he visits when he’s not trying to get his pot 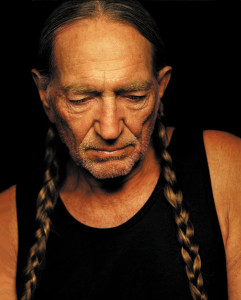 filled tour buses through border check points. One of our husband’s friends was at a little bar in town and saw him there. The friend sidled up to Mr. Nelson and asked what he was doing there since he didn’t have a show in town. “I have a house here,” Mr. Nelson informed him. You know what this means, don’t you? Now we have to spend all our time sitting in an old cowboy bar like Pancho and Lefty stalkers so we can tell him he’s Always On Our Mind before he’s On The Road Again. We’re Crazy like that. What are the odds that Waylon Jennings might visit because that could potentially put us over the top.

your cholesterol. All we know is that we’re eating fish oil pills like their freaking candy instead of following a sensible diet. Our theory is, the fish oil makes the fish skinny so why not us. Have you ever seen a fat fish? No, you haven’t. Whales aren’t fish. They’re fat little mammals just like the rest of us. We’re not sure how they get fish oil. We assume they squeeze fish until it all leaks out. We also hope fish oil has the benefit of making us smarter. You be the judge.

3. Employee of the Month. We’re all so proud that we know the Employee of the Month at the The Library of Stuff No One Cares About. This is quite an achievement and it should look excellent on the resume he’s handing out while begging other companies to employ him. We’re sure he’s an excellent librarian since we know for certain he knows his whole alphabet. We think he was a shoo-in since he doesn’t usually sleep at his desk like SOME people he knows. We think we should celebrate. Let’s go to a little bar we know and hang out with a Red Headed Stranger.

4. Target. What is there to say about Target? It’s like the Quill Sister’s Holy Land. Pretend like the Pharmacy counter is 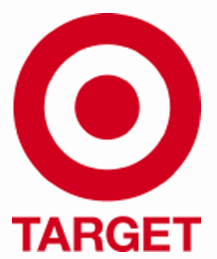 the Wailing Wall and the clearance section in the women’s department is La Pieta. If you wander over to the paperback books on a Tuesday it feels just like Mecca. We’re there at least once a week to pester poor Ichabod the Pharmacist or to buy forks for the Bank of No Forks or to replace yet another winter coat for a six year old who’s going to get this one stapled on his little shoulders if he doesn’t cut that crap out. The magic doors open, you hear a choir of angels herald your arrival and the Starbucks lady starts up your latte. AND you can get an adorable cardigan for 4.99. LAAAAA!

5. Yoga postures.Perhaps the people who came up with the names for yoga poses weren’t getting enough oxygen to their brains. The Turtle looks nothing like a turtle. Locust? Who

wants to look like a locust, and just exactly how svelte is a locust anyway? Sun Salutation? We don’t salute anything unless it’s got butter cream frosting on it. You should be able to remember what the poses look like by their names. When that stupid little girl in front of the class tells you to do King of the Dance you should be able to remember that has nothing to do with the Hustle and John Travolta. How about a little truth in advertising here? Half Moon posture? What the hell? Accomplished posture? We seriously doubt it. Corpse Posture and Half Spinal Twist Posture – that we can buy into.