Did you know it’s almost Thanksgiving? Really. We can’t believe it either. Still, pie is coming, thus making this one of my favorite holidays.

Of course that also brings up all kinds of turkey discourse.

Butterball has been in the news for a couple of reasons lately. First, they’re going to have men answering the Butterball Turkey Talk-Line. Bravo, we say. At our respective houses we often have a fried turkey and we’ll tell you that we NEVER get anywhere near that boiling oil. Maybe it’s a flash back to former lives as Viking warriors or something but boiling oil just seems like a bad idea. We’re a bit fond of our skin, and we’re not known for our grace

and athletic abilities. We let the MEN take care of all scalding liquids.

It seems reasonable that our husbands and brothers-in-law would want to chat up the Turkey Guy. The men in our lives seem to have a penchant for making friends with strangers.

ALSO – and this is way more important to Thanksgiving – there seems to be some trouble with skinny turkeys this year. Butterball has no idea why the turkeys wouldn’t get fat. They said they tried everything and the damn birds are still skinny. 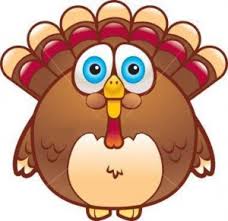 Clearly the turkeys haven’t been hanging out with the Quill Sisters. We can make anything fat. Give us full access to the turkeys for a month or so and those birds will be alarmingly fat. Obese. Zaftig (it’s a word, look it up).

Those little suckers will be waddling for sure.