Good Dental Hygiene in Tennessee. Ava texted a lot of stuff while she was in

Tennessee this week but one of the Kelli & Amylynn’s favorites was for a billboard that extolled $410.00 Dentures.  This is good news since we still don’t have National health care.  Besides, you have to admit, that’s kind of funny. We always appreciate irony in all its forms.

iPads. One of the sister’s is uncommonly jealous because Kelli bought herself an iPad.  Amylynn has been coveting the pad Ava’s son has and now, knowing that Kelli has one, Amylynn has become almost insufferable with envy.  Kelli loves it. Amylynn doesn’t want to talk about it anymore. Sigh. 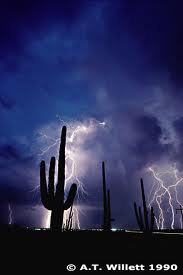 Thunderstorms. We finally had one and it was glorious. Apparently, Amylynn woke up to the thunder at 4:30 and said out loud, “Doesn’t that sound wonderful? 82 days” and then she sighed and went back to sleep. The desert smelled wonderful in the morning as only the high desert can. If your able to wrangle yourself up some thunder and rain, we highly suggest that you do.  It’s so worth a little humidity. That There is Good Security in Graceland. Ava was scolded for touching things in the Jungle Room. This doesn’t surprise her Sisters. There was a similar occurrence in Turkey last year at the National Museum. An international incident was avoided because the Turkish guard simply considered her a stupid American who couldn’t be expected to know better. Unfortunately, the Tennesseeans weren’t falling for that lame excuse.  You shouldn’t be surprised to hear that she did manage to snag herself a piece of green shag carpeting.  Just be thankful for said security, or

Zeus only knows what she would be trying to shove in her carryon bag tomorrow.

Crazy People That See Jesus in Everything. These people bring no small amount of amusement to the Sisters. This  week’s incident involves a telephone pole and kudzu. I guess if you squint really, really hard and tilt your head to the left.  Maybe if you look away and then back again really quick and then back once more….Nah.