Nothing we write today is going to beat last week’s five things.  But never say the Sister’s are quitters. The following is a mishmash of the five things we were going to use last week and some new ones as well. Here we go…

1. Visiting Bats. There was a strange influx of bats in Romania. Some people may recognize Romania better by it’s older name – Transylvania. As in Dracula. Yeah, that Transylvania. Anyway, some high school students went

Yeah - we'll just take an F on the test

in to take an exam and found a colony of bats flying around the room and a bunch more asleep on the floor. Well, this being Transylvania after all, the students didn’t think much of it and moved the exam to another room so as not to disturb the bats. We hope at the very least they pulled up their turtlenecks. PS – while doing a wee bit of research on bats, we learned the babies are called “pups”. HA! That’s cute, huh?

2. Bulletin Board. In honor of the whack-a-loon Tea Party “debates”, enjoy this cartoon by Ted Rall. 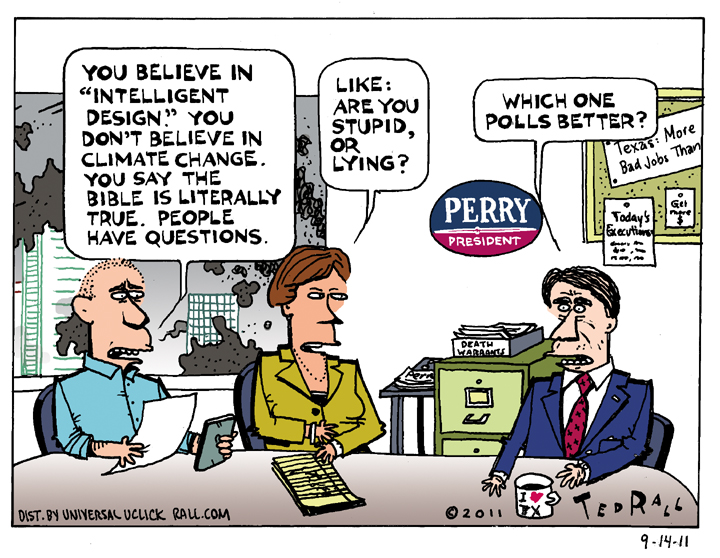 3. Drunk moose. We’re not sure what the legal drinking age is in Sweden, but even then, we don’t suspect they condone animal intoxication. Per Johansson heard a loud noise he described as “a roar” coming from his neighbor’s garden. We’ll bet he didn’t expect to find a drunk moose up in a tree. The Swedish authorities guess she’d been eating fermented apples. They don’t, however, explain how the hell she got into a tree. Have you seen a moose? They aren’t wee, petite little animals. Wouldn’t you think the antlers

would hinder tree climbing?  The sister’s are going to compose a letter to the Associated Press extolling them to please stop sending out articles that bring up more questions than they answer. Honestly, the wondering is killing us. 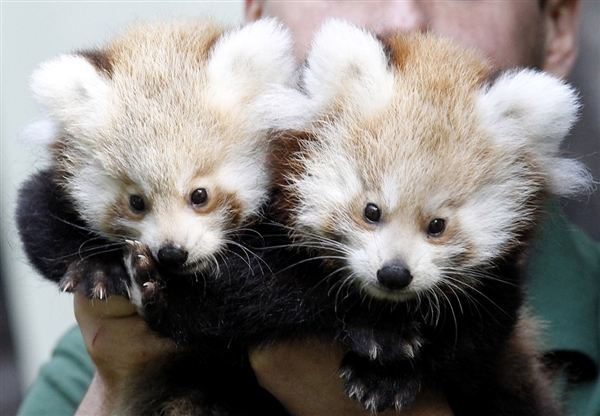 4. Red Pandas. Isn’t this the cutest set of faces you’ve ever seen? These sweet pumpkins are called Kit and Kitty and they live in a German zoo. We have no idea how we’re going to be able to afford feeding all these animals once we liberate them all. How could we not though. Quick – look at ’em again. Oooooooh, they’re so cute.

Red Panda Back Story: When Ava was approximately 17 years old she was rudely ejected from the Bronx Zoo for trying to steal a red panda and was told to never return in her lifetime.  She never felt that this was truly understood by her friends but after everyone sees this photo she knows that everyone will understand what happened that day and commiserate with her that she didn’t actually get away with it.

5. Some very sage advice. We often find Wiley Miller’s Non Sequitur cartoons to be amazingly apt. Just this past week, something very significant could have been avoided at one of the Sister’s houses if the following advice had been heeded. Why is this suggestion so hard for some people to follow? Why? Just think of all the stupid crap that could be avoided if some people just did this one little thing. Really – is it so hard? (click on the image for a larger image)